Through the years, Fort Wierickerschans has been surrounded by circles of unprecedented size. The slogan ‘Cherish the old, embrace the new’ has aptly applied to Fort Wierickerschans since 1673. Time and again, the fort has adapted itself to changing times. Fort Wierickerschans was built out of sheer necessity in 1673 to prevent a repeat of the Disaster Year of 1672. The fort has a rich military history. A year after the Disaster Year, it served as a defence work as part of the Oude Hollandse Waterlinie (Hollandic Water Line), as a gunpowder warehouse, as a place of internment and as a military broadcasting station. Structures and stories remain from all of these functions. At the Wierickerschans you can admire close to three-and-a-half centuries of military architecture and experience history up close. Be amazed by stories about smuggled soldiers form the 18th century, 19th century gunpowder guards and flight-risk English and German officers during World War I. Fort Wierickerschans is part of the country’s cultural-historic heritage in the Green Heart of Holland. In spite of the changing military functions the fort has served through the centuries, it has maintained its original form. It recently abandoned its military role and is now designated for multifunctional use. But that does not mean that the past has been hidden away. On the contrary, the historic details can still very much be seen and felt, making a visit to the fort an experience that brings together the past and present. 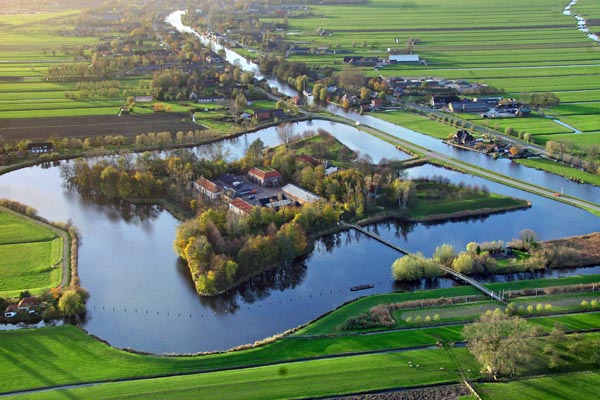